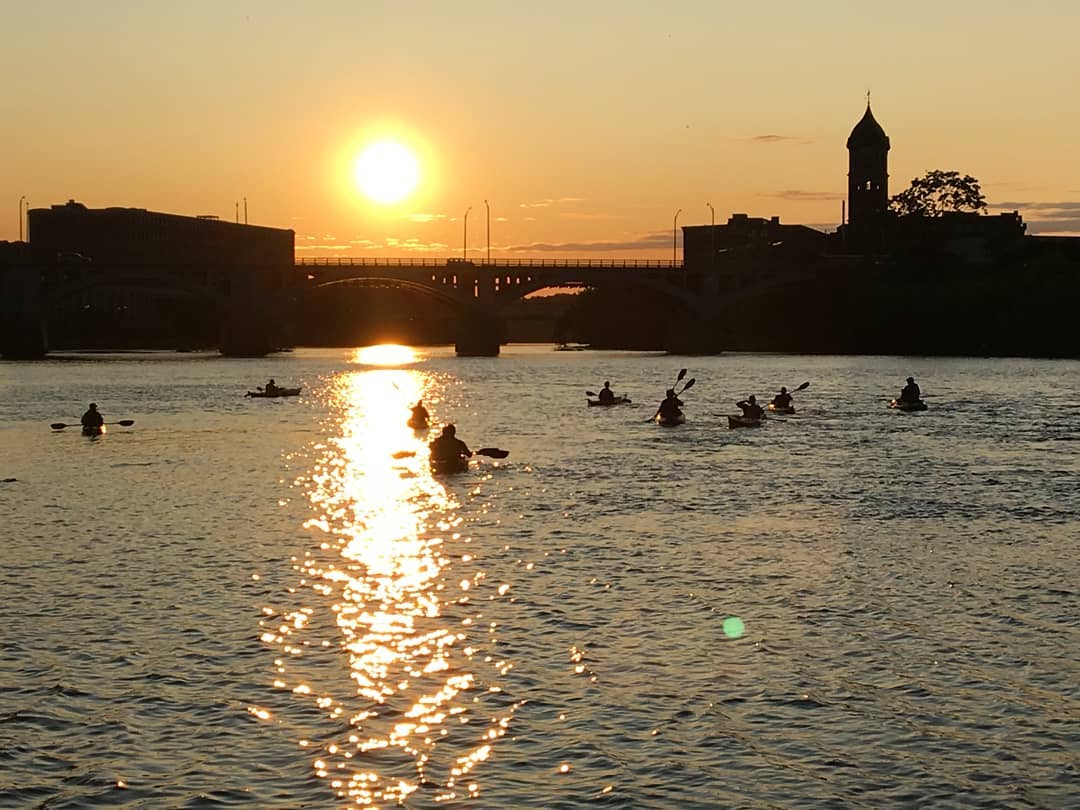 From August 7th through August 10th our Executive Director, Heather McMann, kayaked the 117 mile length of the Merrimack River along with local legislators and other community leaders. Known as the Merrimack River Valley Voyagers (#MRVVoyagers), the trip was created as a way to draw attention to the economic, environmental, and recreational opportunities and challenges that surround the river.

The Merrimack River is a vital asset for a broad region that spans New Hampshire and Massachusetts, providing drinking water to more than 600,000 people, including the City of Lawrence. The River’s environmental and recreational impact can be seen right here in the city, where it provides access to boating and fishing, as well as scenic spaces for many of the city’s parks and open spaces.

Throughout the trip the voyagers stopped at several cities to highlight the river’s effects on the area. In Lawrence a media event was held at Greater Lawrence Community Boating, which was attended by representatives from Congresswoman Lori Trahan’s office and the state delegation.

Just as the river was the driver of Lawrence’s growth in the past, it remains that way today and will be in the future. Both the Spicket and Shawsheen Rivers meet the Merrimack in Lawrence, and both of these waterways were the basis for an expansion of greenways and networks of trails in the area—these trails connect people to jobs, schools, regional transportation, open spaces, and recreational opportunities. The Spicket and Shawsheen River Greenways extend to the Merrimack River, and Groundwork is now working with the city and partners to create a greenway along the Merrimack to further this network. Survey and beginning design is being started through a MassTrails $100,000 grant, matched by $30,000 from the Lupoli Family Foundation, and we will be able to complete design and permitting once $500,000 from the state’s environmental bond bill is released, which we look forward to happening with the help of the Governor and entire Lawrence state house delegation.

Despite great opportunity in the river, there are challenges that must be solved. Combined Sewage Overflows (CSOs) continue to pollute the Merrimack, threatening the safety of recreators and wildlife. A bill introduced by Rep. Linda Dean Campbell would create a notification system for when CSOs are discharged into the river. Similar legislation has been filed by Sen. Diana Dizoglio, who also introduced a bill to create a Merrimack River District Commission. This commission would study the health of the river and recommend actions to improve its current status.

As Heather McMann noted, “our rivers recognize no municipal bounds. They connect and remind us that what we put into the river, or take from it, effects each and every community along the way, regardless of our street address.”

Groundwork Lawrence is committed to seeing the health of the Merrimack restored, and this trip was a successful way to draw attention to the issues and opportunities that surround it. The trip garnered media attention from across the region—check out some of the coverage on this page from WeAreLawrence.org and search for #MRVVoyagers on social media. 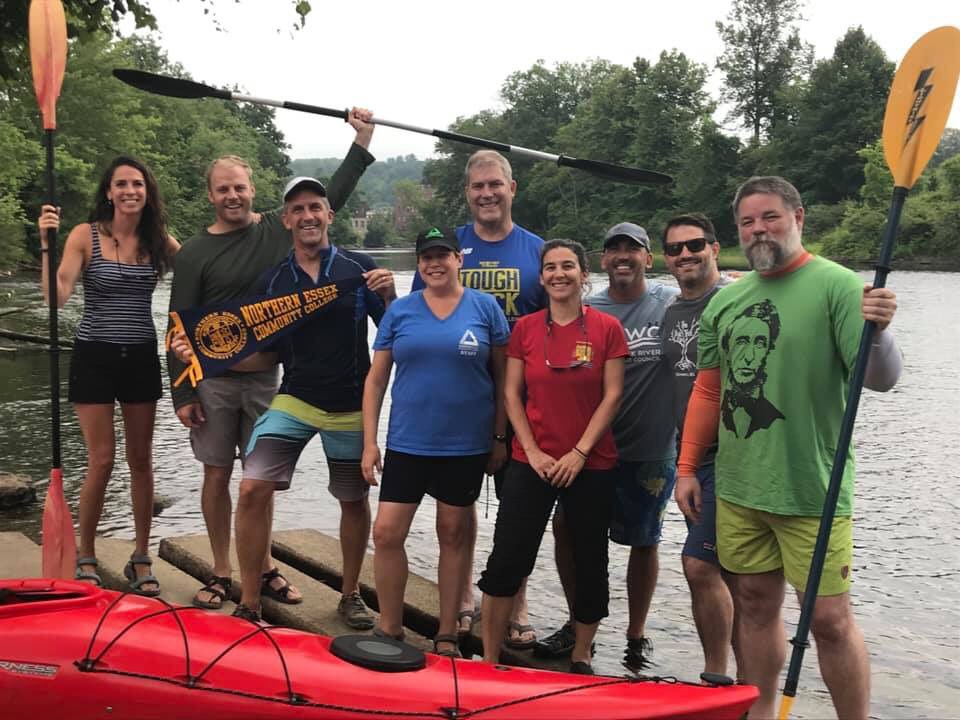